New steam distribution system design for the Dakota Spirit AgEnergy facility in Spiritwood, North Dakota, eliminates the need for a boiler in the plant. 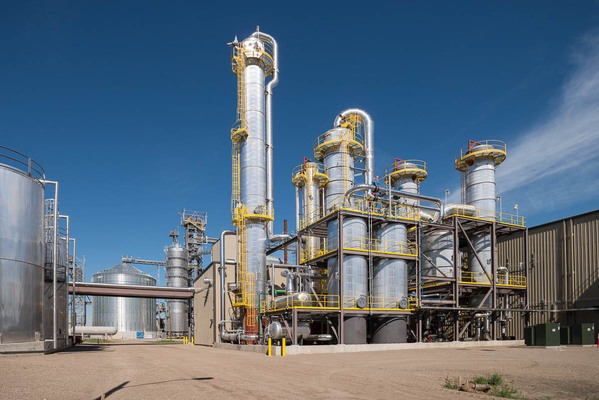 The ethanol plant was built adjacent to Great River Energy’s Spiritwood Station, a combined heat and power plant. The excess process steam from the power plant is used in the ethanol production, eliminating the need for a boiler in the plant. This is one of the few ethanol plants that meets the carbon reduction goals set forth by the renewable fuels standard (RFS2) for new plants.